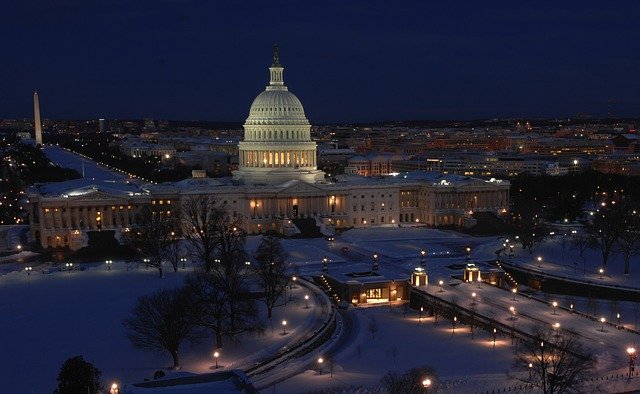 I have often thought that after Abraham Lincoln, Woodrow Wilson was our worst president. By worst is meant least faithful to the Constitution and most destructive of personal liberty.

With the exception of Lincoln’s dictatorship — during which the federal government used violence to crush the states’ natural right to secede from a compact they had voluntarily joined, and instead brought about the systematic murder of 750,000 persons — America from its founding to the early part of the 20th century more or less enjoyed the James Madison model for the federal government.

From and after Wilson’s presidency, the Madisonian model was replaced by the Wilsonian one. Under this model, the feds could legislate, regulate, spend and govern in any areas of human behavior for which there was a national political will, except for those areas that are expressly prohibited to them by the Constitution.

It would take another generation before the courts fully caught up to this, during which they gradually permitted Congress basically to write any law, regulate any behavior, spend any money, tax any event and intrude upon any relationship so long as it did not confront an express constitutional prohibition.

He was referring to the power of the states to nullify acts of the federal government that the states determined were outside its constitutional authority. He was also referring to the natural right that individuals and political subdivisions have to leave the government, called secession. Just as the 13 colonies seceded from Great Britain, Madison argued, individuals can reject the government, smaller subdivisions can leave larger ones, and states can leave the feds.

In his masterpiece “Democracy: The God That Failed,” Hans-Hermann Hoppe articulates the truism that one is not truly free if one cannot leave the government. This applies to persons as well as to political subdivisions. The forced retention of persons under the government’s monopolistic jurisdiction is totalitarian.

Without the threat of nullification and secession, there is no effective restraint on the feds.

Now back to Wilson. His governmental sins were many — World War I, the Espionage Act, the federal income tax, the popular election of U.S. Senators, the Federal Reserve and his government by experts, known today as the administrative state.

This last insidious structure is neither fish nor fowl — it is not clearly in any branch of constitutional government. It writes rules, enforces them and interprets them. As an example, the U.S. Tax Code, enacted by Congress, runs to 2,600 pages. It is an indecipherable monstrosity. But the IRS’s own regulations — written by IRS bureaucrats, not by Congress — run to 9,000 pages. And the IRS’s interpretations of its own regulations run to 70,000 pages. This is Wilson’s government by experts.

According to the late Justice Antonin Scalia, this is an unconstitutional delegation of Congress’ legislative powers to entities within the government who are not answerable to the voters. Administrative agency heads are appointed by the president and confirmed by the Senate. But the folks who write the rules are permanent bureaucrats who do not change, no matter who is in the White House.

Last week, the United States Court of Appeals for the 5th Circuit, sitting in New Orleans, reminded the administrative state that only Congress can write the laws.

Here is the backstory.
After the 2017 slaughter of innocents in a Las Vegas hotel parking lot by a madman who turned his semi-automatic rifle into a partially automatic one via the use of a bump stock, the media and anti-Second Amendment politicians claimed that bump stocks transform rifles into machine guns, which Congress outlawed in 1934.

The Trump Bureau of Alcohol, Tobacco, Firearms, and Explosives then issued a rule declaring that the homemade transfer of a rifle from semi-automatic into partially automatic via the employment of a bump stock creates a machine gun. A bump stock is an essential device when confronting more than one invader simultaneously, as it permits short bursts of rounds emitted with one trigger pull.

BATF is an administrative agency run by so-called experts. When it attempted to outlaw modified rifles by declaring them to be machine guns, the 5th Circuit reminded BATF that it is not Congress.

It is rare in the post-World War II era for the courts to interfere with an administrative agency because of a monstrosity called the Chevron Doctrine. This rule tells courts that they must show deference to an administrative agency’s interpretations of its own rules, because its employees are — channeling Wilson — experts. The 5th Circuit rejected Chevron; and the Supreme Court can be expected to do so as well, soon.

All regulations interfere with personal liberty. When the government interferes with liberty, not only should there be no deference; there should be a presumption that the government’s behavior is immoral, unconstitutional and unlawful.

Why? Because freedom is the default position. Government is the negation of liberty. Freedom is everyone’s personal natural birthright. The sovereignty of the person — made in the image and likeness of the Creator — can never be equal morally and legally to a gaggle of thugs running an artificial monopoly of power in a geographic area.