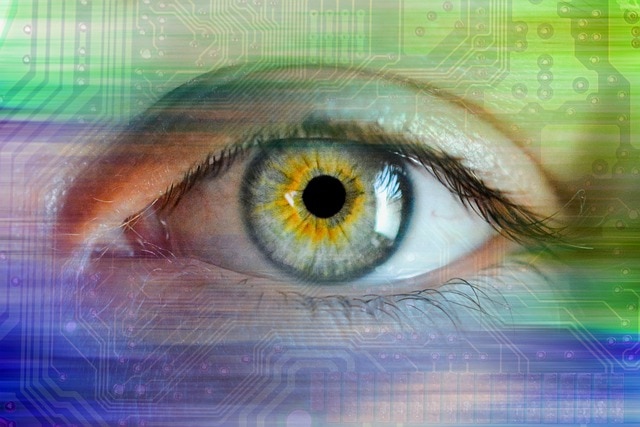 During the course of an FBI written response to a Freedom of Information Act request asking about the trade names and suppliers of surveillance software the FBI had purchased, and in a legal brief submitted to a federal judge, the government has yet again quietly acknowledged its antipathy to constitutional provisions that all of its employees have sworn to uphold.

Since we are dealing with software used to spy on Americans in the U.S. and abroad, the constitutional right being transgressed is the right to privacy.

This is the ancient natural right to be left alone, which the Supreme Court took 175 years to recognize as being protected by the Fourth Amendment. Since that recognition in 1965, however, notwithstanding near universal judicial acceptance of the constitutional protection of the right, the executive branch of the government has persistently negated it.

Here is the backstory.
The Fourth Amendment, which requires judicially issued search warrants for all searches and seizures, protects the contents of devices that store data. Thus, the owners of mobile devices and desktop computers have a privacy right in the data they have stored there. Even a narrow interpretation of the amendment, which guarantees privacy in “persons, houses, papers, and effects,” must acknowledge that a computer chip is an “effect” and thus its owner enjoys this protection.

It is an allegiance to the plain language, general understanding and definitive judicial interpretations of the Fourth Amendment to which all in government have sworn.
During the Trump administration, and likely behind the president’s back but with the knowledge of senior folks appointed by him, the FBI purchased Israeli-manufactured software known as zero-click. Zero-click refers to the ability of the user of the software to target and download the contents of a computer without the need for tricking an unwary target into clicking on to a link. The manufacturer of this diabolic software is known as NSO, and the trade name of the software is Pegasus.

When President Joe Biden learned of the FBI’s use of Pegasus without search warrants, he banned it from government use, and his Department of Commerce banned all American purchases from NSO. The FBI now stores this software in a warehouse in New Jersey.

Why didn’t Biden just do his job and prohibit all warrantless domestic spying?

Last week, Rep. Adam Schiff, D-Calif., the outgoing chair of the House Intelligence Committee, revealed that the Drug Enforcement Administration has purchased a similar product to Pegasus, called Graphite, from another Israeli manufacturer, called Paragon. Schiff revealed this in time for Congress to include in its $1.65 trillion omnibus legislation, enacted just before Christmas, provisions that give the director of national intelligence power to prohibit all parts of the intelligence community from purchasing or using foreign spyware.

Why didn’t Congress just do its job and prohibit all warrantless domestic spying, irrespective of the software?

The answers to these questions reflect that the
intelligence community knows too much about Biden and too many members of Congress for Congress to defy it. Thus, Schiff’s proposal, which became law, was premised upon a supposed congressional fear that the Israeli-manufactured spyware, when employed by the FBI or DEA, could serve as a spying mechanism by the Israeli government on the American government.

How quaint; spies and allies spying on each other! Taxpayers paying for this. The Constitution trashed yet again.

When Rep. Schiff’s civil liberties-defending colleague, Sen. Ron Wyden, D-Ore., asked the DEA about this, it declined to give him a clear answer. Sen. Wyden was concerned about the DEA spying on Americans outside the U.S. Outside? Yes, outside. For years the governments of presidents of both parties have argued that the Fourth Amendment only restrains law enforcement, not intelligence, and they have argued that the Constitution only restrains the government in the U.S.

This discredited argument has been rejected by the Supreme Court since the 1940s, and as recently as 2008, when the court held that wherever the government goes to do its work, the Constitution goes with it. This holding is hardly novel. Rather, it is based on 400 years of British law that prohibited kings and sheriffs from removing defendants to places outside of Britain for torture and interrogation, only to be returned for trial.

Were this rule — wherever the government goes, so goes the Constitution — not so, then nothing would prevent the FBI and DEA from doing what British officials tried to get away with.

Now, back to the DEA. Joe Biden’s DEA, and Donald Trump’s before it, takes the position that when it operates outside the U.S. — such as its drug war against Mexico and Mexican civilians — it also operates outside the Constitution. In order to prevent a judicial prohibition of its extra-constitutional lawlessness, lawyers for the DEA must labor mightily to keep its behavior and its well-discredited arguments from being aired in an American courtroom.

They do this in two ways. First, as addressed above, is to use quiet threats to coerce government officials to decline to prohibit expressly these practices. And second, if necessary, to dupe federal judges and defense lawyers by creating a fictitious version of its acquisition of evidence. The fiction usually posits a foreign intermediary handing over evidence to the feds who hand it to other feds who do not know of its criminal origins.

Criminal? Yes, criminal. Hacking a computer without consent or a search warrant is a crime, no matter where it is committed or by whom.

Rep. Schiff and Sen. Wyden are well-intended. They each have a consistent track record of defending civil liberties from attacks by the government. But the culture in Congress today prevents full-throated congressional defenses of privacy, no matter which party is in control.

We have elected a government and hired its employees to protect our liberties and our property. Today it does neither. Rather, it assaults them.

What do we do about it?