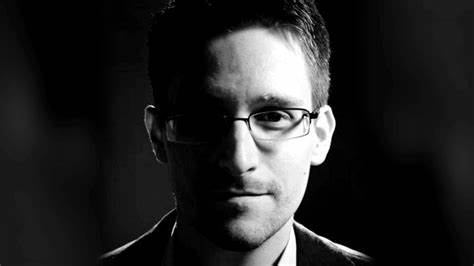 When the Trump administration obtained an indictment of Edward Snowden for violation of the Espionage Act of 1917, many of us who believe that the Fourth Amendment means what it says were deeply critical of the government, and we remain so today. This week, retaining his American citizenship, Snowden became a Russian citizen.

Snowden is the former CIA and National Security Agency operative — he was a CIA agent and was later employed by a contractor for the NSA — who blew the whistle on NSA and FBI mass undifferentiated warrantless spying on all persons in America.

The spying consisted of capturing all fiber-optic data that was transmitted into, out of and within the United States. As no warrants were sought or obtained and no targets were named — hence, the spying was undifferentiated — it captured the communications of everyone. The government did not bother to seek out evidence and target those as to whom it found probable cause, as the Fourth Amendment to the Constitution requires.

The Fourth Amendment was written to keep the government out of our private affairs and off our backs and to force the government to stay in the lane of probable cause of crime. Thus, with the requirement of probable cause — evidence that (a) a crime was committed and (b) it is more likely than not that execution of the warrant will produce more evidence of that crime — the Fourth Amendment explicitly outlaws general warrants that permit the bearer to search wherever he wishes and seize whatever he finds. The amendment requires every warrant to describe specifically the place to be searched or the person or thing to be seized.

When President Richard Nixon, who believed that presidents are above the law, dispatched FBI and CIA agents to spy on anti-war activists in the U.S. in the early 1970s, Congress established the Foreign Intelligence Surveillance Court. That court, meeting in secret with only government lawyers appearing, and with nearly all its rulings kept secret even from other judges, uses its own concocted standard of probable cause. That standard is probable cause of communicating with a foreign person as the requirement for a surveillance warrant. That standard is profoundly contrary to the Constitution.

President George W. Bush — whose administration either looked the other way or was asleep at the switch on 9/11 — pushed through congressional legislation in 2006 and 2007 that immunized telecom and internet providers from liability in return for their compelled cooperation with the feds, pursuant to warrants issued by the FISA Court.

Snowden revealed that the NSA and FBI were obtaining warrants from the FISA Court as a subterfuge. Thus, Snowden revealed, the feds do get FISA warrants, but only as a cover for their mass undifferentiated warrantless spying. This means that NSA and FBI use of the FISA Court is largely symbolic and unneeded since the NSA and the FBI can more easily break the law and spy without warrants than they can follow the law.

The degree of NSA and FBI unconstitutional and criminal spying is breathtaking. Because of Snowden, we now know that all the data the feds mine, if printed, would fill 27 times the holding capacity of the Library of Congress every year. This is unconstitutional because it defies the Fourth Amendment. It is criminal because it constitutes computer hacking, even if presidentially authorized.

When Snowden began his work at the CIA and the NSA, he took two oaths. The first was to keep secret whatever his bosses told him was secret. This presumably includes not only the data that the NSA mined but also the unconstitutional and criminal means that it used to acquire all that data.

The second oath that Snowden took was to preserve, protect and defend the Constitution. This means not only its plain text but also the values that underlie the text.

What to do when one’s sworn legal obligations clash? How can one comply with two oaths when they fundamentally conflict with each other? Which is the greater and higher oath — the one to politicians and spies or the one to constitutional ideals?

When Snowden revealed that even the FISA Court’s unconstitutional watering down of the Fourth Amendment was not good enough for the feds, that they were capturing every keystroke on every mobile and desktop in the country without warrants, and collaborating with their British cousins, the GCHQ, to do the same on Americans in foreign countries and even on Americans in the U.S., he exposed a raw truth of government lawbreaking on a massive scale — more massive than at any known time in post-Civil War America.

The intelligence community that Snowden foiled constitutes the same unchanging parts of the government who are now in hot pursuit of former President Donald Trump. Trump himself praised the indictment of Snowden and even suggested that Snowden should be executed for his revelations. Yet, after four years of torment at the tender mercies of the intelligence community, Trump changed his mind and seriously discussed the idea of pardoning Snowden.

History teaches that greatness often requires taking chances. When stuck at the Moscow airport after the U.S. State Department invalidated his passport and well before he became a Russian citizen, Snowden remarked that he’d rather be stateless than voiceless. Today, he is an American banished from his homeland. Yet, he remains a symbol of greatness of historic proportion and a reminder of the privations that heroes for the truth often must endure.