Bloody Gina and Her Team of Torturers 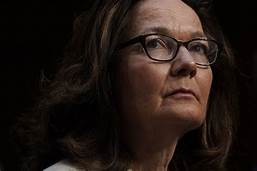 Last week, at a pretrial hearing at Guantanamo Bay Naval Base in Cuba for Abd al-Rahim al-Nashiri, a Saudi who is charged with being the mastermind of an attack on the USS Cole in 2000 at which 17 American sailors were killed, the psychologist in charge of interrogating Nashiri described in vivid detail both the modern and the medieval techniques of torture used upon him.

The psychologist was called as a defense witness in order to demonstrate to the court that a good deal of the evidence that prosecutors plan to introduce against Nashiri was obtained directly or indirectly through, or was tainted by, his torture and thus cannot lawfully be used at his trial.

Torture committed by government officials and their collaborators upon a person restrained by the government is a felony punishable by up to 20 years in a federal prison, and its fruits are inadmissible in all courts. For many years, the CIA documented torture through video tapes of its disguised agents and contractors torturing its captives so it would have a record of the events without the need for revealing a participant’s identity.

But the tapes of Nashiri’s torture were destroyed by either the chief CIA official in the United States in charge of all torture or his then-chief of staff. Hence the live testimony last week. That chief of staff would go on to become the director of the CIA, Gina Haspel, nicknamed by her colleagues “Bloody Gina.”

This column will spare the reader the gruesome and stomach-churning details of Nashiri’s torture, but for the one medieval procedure. What caught the eyes of those of us who monitor these events was the mention of the name of the CIA official under whose watch the torture occurred and who wrote detailed, graphic descriptions of it to her bosses in Langley, Virginia. That official is the same Gina Haspel. She was the head of the CIA station at Thailand in 2002, at which Nashiri was tortured, and she was the senior member of the torture team.

Nashiri’s torture went on for four months, at the end of which the interrogation team concluded that Nashiri was being truthful and essentially said the same things under torture as he told interrogators prior to torture. But Bloody Gina does not trust testimony unless it comes with great fear and pain.

In 2006, Nashiri was shipped from Thailand to Gitmo, where he was charged with capital murder. His trial has not yet commenced. The testimony last week was one of many pretrial hearings ordered by military trial judges.

Nashiri, who has the same speedy trial rights as anyone being prosecuted by the U.S. government, has been waiting for his trial for 14 years. He is on his second team of military and civilian defense lawyers. His first team quit when they discovered that their communications with their client had been secretly listened to and recorded by federal agents.

Most judges would have dismissed the charges against the defendant for such criminal behavior by the government. But at Gitmo, where the judge and the prosecutors have the same boss — the Secretary of Defense — the niceties of due process are sometimes watered down.

The significance of Bloody Gina’s personal supervision of this torture cannot be gainsaid. It is the first time we have learned from a witness under oath that CIA torture was approved and supervised at the highest CIA levels. It is also the first time we have learned that a CIA director, earlier in her career, committed federal crimes, as each torture session is a separate felony.

We also learned that Bloody Gina may be an amateur historian. In the late 1400s, when the Medici in Florence had been deposed by a mad monk named Girolamo Savonarola, he instituted aggressive torture for those accused secretly of sins of the flesh, looking for their public confessions and the identities of their sexual partners.

He, like Bloody Gina, refused to accept testimony from a detained person unless it was obtained under torture. And he, like Bloody Gina, instituted a novel torture technique of hanging a victim by his arms secured behind his back so as to induce excruciating shoulder dislocation.

Those of us who believe that the Constitution means what it says have argued that attackers of U.S. military personnel who are not in combat pursuant to a congressional declaration of war should be tried in federal court and accorded constitutional protection from the government’s torturers. Had that been done, Nashiri’s case and all others at Gitmo would have been completed years ago, and the government would not be spending $500 million a year there while it continues to trash the Constitution.

I was surprised to learn that one of the torturers admitted to these crimes and implicated Bloody Gina. Torture by government officials — no matter their goal — is the most tyrannical government overreach imaginable. It presumes that there are no natural rights or moral standards; it utterly negates the personhood of the victim; it reveals that there are no limits to what the government can do and get away with. It is expressly prohibited by the Constitution and federal law.

Bloody Gina and her team of torturers may feel safe from American prosecutors, as the Nashiri tortures took place well outside of the statute of limitations — but not from all prosecutors. The International Criminal Court in The Hague claims jurisdiction over the entire globe, and Thailand — the place of Nashiri’s torture — is a signatory to the treaty that established the court. The ICC characterizes torture as a war crime that has no statute of limitations and recognizes no executive pardons.

When the Medici returned to power after a popular uprising deposed Savonarola, he was tortured by his own torturers before he was hanged for heresy. Torture is government without limits. Only limited government respects persons.