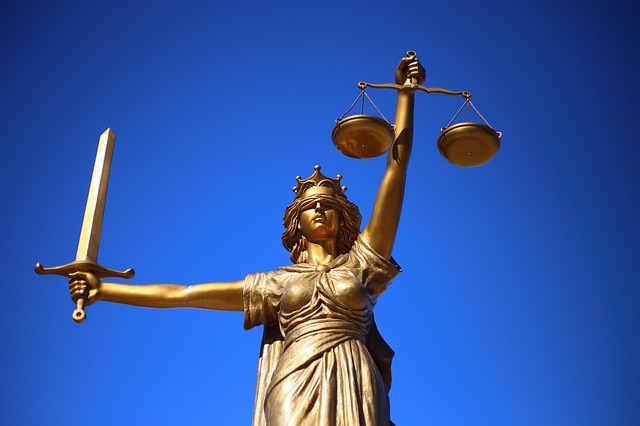 “No person … shall be deprived of life, liberty, or property without due process of law.” — Fifth Amendment to the U.S. Constitution

Abdulsalam al-Hela is a 53-year-old Yemeni cleric who has been incarcerated by the United States at the Guantanamo Bay Naval Station in Cuba since 2004. He has not been charged with any crime. His case has a long and complex legal history, but it is instructive to all who believe that the Constitution means what it says.

Hela is represented by competent counsel who have filed numerous petitions in his behalf asking the courts to compel the government to comply with the Constitution and justify his confinement. The underlying constitutional principles here are due process and habeas corpus. The obligations of complying with both are imposed upon the federal government by the Constitution.

Due process — which is guaranteed by the Fifth Amendment — means that every person confined or charged by the government is absolutely entitled to a notice of the charges against him, a fair hearing on those charges before a neutral judge and jury, and the right to appeal any adverse decision to other fair and neutral judges. Hela is also entitled to a writ of habeas corpus. It permits all confined persons to ask a judge to compel the government to justify the confinement.

When Hela asked for due process and habeas corpus relief in federal district court in Washington, D.C. — the judicial venue for all Guantanamo Bay detainees — a district court judge denied his petition because the government has called Hela an enemy combatant and the president, the court ruled, has the lawful power to confine him for the duration of whatever hostilities he and the U.S. were engaged in.

But the government acknowledges that Hela was not engaged in any hostilities. Moreover, the United States itself is no longer engaged in hostilities in the Middle East, though presidents Donald Trump and Joseph Biden have, from time to time, sent missiles into that scorched-earth part of the world just to remind the folks there who still claims to be king of the hill.

Hela appealed the district court’s denial of habeas corpus and due process relief to the federal appellate court in Washington, D.C. A panel of three judges from that court chose not to address due process directly and instead denied Hela’s application for habeas. It did so not because the president — Trump, at the time — claims the power to confine foreign supporters of foreign groups violently at odds with the U.S., but for the historically novel reason that Hela has no property in the U.S. and is not confined here.

This is not only an absurd rationale, as the Constitution imposes no property requirement as a precondition to the use of habeas corpus, but it also defies several Supreme Court opinions that hold that wherever the government goes lawfully and permanently, the Constitution goes with it. Stated differently, the court has ruled that the government must uphold basic human and constitutional rights for all those it confines for more than a passing period, including those at Guantanamo Bay.

Why is this case important?

Hela is obviously an unsympathetic figure. The government says that as a cleric, he used words — which, if used in the United States, would have been protected by the First Amendment — to encourage young people to join militias that either did or could have attacked American troops. But the courts have never upheld confinement without charge for the mere use of words. Nor have they condoned a 17-year confinement without so much as the filing of any charges.

One can conclude that the government lacks evidence with which to charge and prosecute Hela. If that is so, it must let him go. This is basic constitutional law. But you would not know that from the position taken by the Biden Department of Justice.

According to The New York Times, DOJ lawyers debated privately for weeks over whether Hela has due process rights. The deadline for the DOJ’s response to Hela’s appeal was last Friday. No surprise, the DOJ filed its brief to the court under seal but then leaked certain parts to the press.

The leaks revealed that lawyers at the DOJ could not agree if the word “person” in the Fifth Amendment means “every person” or “every American person.” And so, in this monumental case, in which a federal appellate court negated long-recognized constitutional rights based on a novel and unconstitutional theory, the Biden Department of Justice remained mute. The Times also reported that Attorney General Merrick Garland recused himself from the case entirely because he once sat on the federal appeals court in Washington, though not on the panel that rejected Hela’s appeal.

What’s going on here? We have another political Department of Justice. But this one is afraid to take an unpopular stance — even though such a stance is dictated by the Constitution and the plain meaning of its words.

The DOJ’s failure to attack the made-up-out-of-thin-air property or physical presence requirement is not just a failure of nerve or a cover for the White House; it is a failure of the DOJ’s obligation to preserve, protect and defend the Constitution, no matter how obscure or unpopular the object of that defense may be.

The whole idea that rights can be turned off like a light switch and those in whose hands we have reposed the Constitution for safekeeping can get away with doing nothing when this happens is sadly consistent with the lack of fidelity to the Constitution so regularly displayed by those in government today.

I have asked this question before, without answer: Why do we repose the Constitution for safekeeping into the hands of those who subvert it?