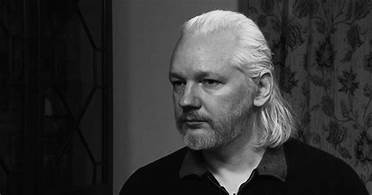 It wasn’t until 1969 that the Supreme Court’s modern First Amendment jurisprudence made it clear that whenever there is a clash between the government and a person over the constitutionality of the person’s speech, the courts will give every benefit and draw every inference to the speaker, and none to the government. This is so because the freedom of speech is a natural right, and thus it is always to be presumed constitutional and lawful.

I have argued elsewhere that because the essence of government is the negation of liberty, this presumption against the government should always be the case. Even when it purports to be protecting liberty, the government — because its existence without unanimous consent is based on stealing liberty and property — should always be presumed wrong, immoral, unconstitutional and unlawful. But the courts have only made that so in the case of the freedom of speech.

I offer this brief philosophical and historical background in order to examine just how twisted the government’s views on speech have become in the Trump and Biden years, as the Department of Justice in both administrations has persecuted mercilessly and sought to prosecute aggressively the Australian journalist Julian Assange for his exercise of the freedom of speech.

Assange was the head of WikiLeaks, an international digital journalistic enterprise that specializes in publishing formerly secret matters about governments. In 2010, WikiLeaks acquired secret U.S. videos showing an attack on civilians and journalists in Baghdad perpetrated by Apache helicopters. The 2007 attack killed a dozen civilians and two Reuters employees. The George W. Bush administration had egg on its face, as it had previously denied that this attack had taken place.

The video also contained audio that revealed the cavalier, childish and remorseless attitude of the military personnel who perpetrated the deaths of these innocents.
In the ensuing weeks and months, WikiLeaks released hundreds of thousands of pages of secret classified materials and diplomatic cables, which further embarrassed the Bush and Obama administrations. The government claimed that this was the largest security breach of secret materials in American history. The documents revealed crimes and death on a grand scale.

WikiLeaks’ source for these secret materials was an Army intelligence specialist, Bradley Edward Manning. Manning was arrested and charged with numerous offenses, not the least of which was providing aid and comfort to an enemy, for which he was exposed to the death penalty. Manning pleaded guilty to some of the charges and was tried and convicted on the remainder of them.
He was sentenced to 35 years in a military prison. In 2017, President Barack Obama commuted Manning’s sentence to time served, and she — by now, Bradley had transitioned to Chelsea Elizabeth Manning — was ordered released just hours before the inauguration of Donald Trump to the presidency.

Trump, who had been harshly critical of both Manning and Assange, ratcheted up his attacks on Assange and Obama after Manning’s prison release. His anger was interpreted by his Department of Justice so as to cause a grand jury in Virginia to indict Assange on 18 counts, including espionage. The DOJ then sought Assange’s extradition from London, whereupon he fled to the Ecuadorian Embassy there, where he resided in the basement for seven years until he was forcibly extracted by British police.

Last week, after four years of litigation, the British Home Secretary ordered his extradition to the U.S. Assange has two appeals remaining. Both will be based on newly discovered evidence of plans by the CIA to murder him.

The case against Assange is a sham and is motivated by the U.S. intelligence community and its colleagues in the DOJ. It is a sham because the First Amendment protects the freedom of speech of all persons, not just Americans. Even though the materials Assange and WikiLeaks received had been stolen by Manning, because they were and are of material interest to the public — drones targeting civilians, military actions in countries with which the U.S. was not at war and government lying to the public on a grand scale — the media is free to reveal them.

The Supreme Court announced this legal principle in the Pentagon Papers case in 1971. There, Daniel Ellsberg, a civilian employee of the Pentagon, stole classified materials that demonstrated that U.S. Army generals had been lying to President Lyndon B. Johnson and he had been lying to the public about military progress during the war in Vietnam.

When Ellsberg turned the materials over to The New York Times and to The Washington Post, the Nixon DOJ obtained a court order barring their publication. Within days, the Supreme Court lifted that order and issued an opinion further expanding First Amendment rights — the right to know what the government has done.

The court ruled that publishers are immune from civil and criminal liability when they publish matters of material interest to the public, even if the materials are stolen.
Ellsberg, like Manning, was indicted for espionage. Yet, when the trial judge in his case learned that the FBI had vandalized the office of his psychiatrist looking for his medical records, the judge dismissed the case.

The feds have perfected three things — lying, stealing and killing. In the Assange revelations, we learned that they have excelled at what they have perfected. They don’t care about the Constitution or the rule of law, both of which they have sworn to uphold. The deep state is motivated by a warped belief that its members are superior to the Constitution and can use the powers of government however they want, so long as they can get away with it.

They prefer the government’s unbridled liberty and the servitude of the rest of us. Assange is a hero. He exposed government without limits — the archenemy of personal freedom.