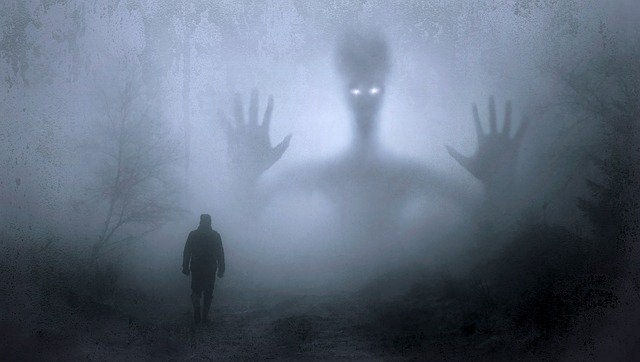 The debacle of the nearly 20-year American occupation of Afghanistan continues to unfold. This disaster began when President George W. Bush — stung deeply by the intelligence that he failed to heed, thus enabling the attacks of 9/11 to take place unimpeded — convinced the American people and Congress and most of our allies that the bad guys who ran Afghanistan in the early part of this century needed to be taught a lesson, whether they personally enabled or facilitated the 9/11 attacks or not.

This moral monstrosity was executed in the name of retaliation, deterrence and liberation, but in reality, it was American hubris.

Bush — knowing days after the 9/11 attacks that they had been perpetrated and paid for by the Saudis — believed that by blaming the attacks on Afghanistan, destroying much of that country and causing the deaths of hundreds of thousands of innocents, he would somehow teach the world that no one would “mess with us” without severe consequences.

His knee-jerk reaction, and exploitation of raw American fear in the weeks following 9/11, set in motion a series of events that culminated last week in the triumph in Afghanistan of the very mindset Bush and his military, and his 2 trillion borrowed American dollars, tried to destroy.

To amass the international consents needed to produce the invasion he wanted, Bush also vowed — channeling his inner Woodrow Wilson, who killed innocents in order “to make the world safe for democracy” — to defy history by installing a Western-style democracy in Afghanistan.

Did he not know that tens of thousands of British troops in the 19th century and more that 100,000 Soviet troops in the 20th century had failed to bend the culture and the will of this rugged and wretched country? President Barack Obama accepted the Bush scheme and continued the American occupation, as well as the mission-impossible task of democracy building.

This gambit — born of Bush’s incompetence and nurtured by Obama’s arrogance — was one of the worst foreign policy errors in modern American history.

During the 2016 presidential campaign, Donald J. Trump split with his own party to denounce the forever war in Afghanistan and vowed to bring the troops home. Trump’s heart was in the right place — he was sick and tired of war — but his head was not.

The deal they struck, which was agreed to by Trump, the State Department and the Taliban leadership, required the Afghan government to release 5,000 Taliban soldiers/prisoners from its jails and the U.S. to complete its military departure by May 2021. By the time Joseph R. Biden Jr. became president, he was faced with the May deadline and the realization that 5,000 Taliban ex-prisoners, a number that alone exceeded the number of American troops there, had been freed and were now armed.

We all know what happened when Biden pulled the plug earlier this month and the Taliban took control of the levers of government in no time. Biden’s head was in the right place, but his heart was not. He knows most Americans are, like Trump, sick and tired of war, but he seems not to understand fully the grave situation now present in the streets and triggered by the sudden American departure.

Now, back to the moral monstrosity that Bush created.

When Bush determined to attack Afghanistan, he did not ask Congress for a declaration of war, as even he recognized that the then-existing Afghan government did not attack the U.S. He asked for and received instead a statute called the Authorization for Use of Military Force, or AUMF.

This creature is unknown to the Constitution, as it purported to authorize war without end.

Congressional declarations of war historically established that once the war had been fought and the target surrendered, the declaration no longer authorized the war. Not so with the AUMF, as its wording was so expansive and ambiguous; it authorized any president to use military force at any time against any person or entity who arguably perpetrated or facilitated the 9/11 attacks.

All of Bush’s successors have relied on this AUMF to kill folks in the Middle East, even though many of them were infants on 9/11.

Can presidents kill whomever they wish in the name of national security? In a word: No.

But American presidents have had their hearts set on empire building since Thomas Jefferson engineered the Louisiana Purchase. How ironic that the man most responsible for articulating the evils of empire in 1776 would himself set about to build one in 1803. Yet, unlike Abraham Lincoln or Wilson or Bush, Jefferson did so without force or violence or bloodshed.

But the modern American empire builders surely think that they can kill any foe — real or imagined. Bush claimed that he had powers from some source other than the Constitution. And he also claimed he could strip Americans of their natural and constitutional rights — all for empire.

All this killing, unless in self-defense — and killing for empire has never been in self-defense — defies the natural law, which teaches that all aggression is illicit and every individual person — American or not — enjoys the inviolable right to live.

The lesson of Afghanistan is that American presidents had no moral or constitutional or legal right to send troops and dollars and assets there in the first place. Is America to be the world’s police force, going about the globe looking for monsters to slay? If so, where will the empire builders look next?