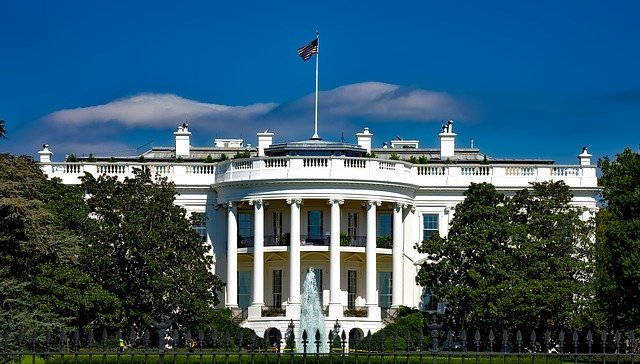 Secretly and quietly, the Biden administration has continued to use the killing machine crafted by President George W. Bush, expanded by President Barack Obama and employed from time to time by President Donald Trump. These presidents have used drones and other unmanned missiles and projectiles to target persons in foreign countries with which the United States is not at war.

They have done this notwithstanding the prohibition of taking life, liberty or property from any person — not just any American, but any person — in the Constitution each has sworn to uphold, and they have done so pursuant to secret rules that they themselves have established for these killings.

Last week, 11 senators and 39 members of the House of Representatives — Democrats all — to their credit sent a harshly worded letter to President Joseph R. Biden asking him to stop the killings. As of this writing, he has not publicly replied.

The purpose of the Bill of Rights — the first 10 amendments to the Constitution — is to protect personal liberty by restraining the government.

The Fifth Amendment prohibits killing persons, restraining liberty and taking property without due process; that means a jury trial at which the government must prove fault. Until President Abraham Lincoln waged war on half the country, the operative clause in the Fifth Amendment was understood to prohibit all federal killing without a declaration of war or due process.

There are no other constitutional circumstances under which a president may kill.

All this changed — culturally, not constitutionally — when President Harry Truman targeted Japanese civilians in Japan as the Japanese government was within days of surrendering in World War II. Truman was, of course, not the first American president to target civilians, as Lincoln criminally targeted American civilians during the War between the States.

Notwithstanding his unprosecuted war crimes, and with the government’s version of Pearl Harbor still fresh in many Americans’ minds, Truman was regarded as heroic for ordering the profoundly immoral, militarily useless, criminal mass killings against the hated Japanese using atomic bombs.

Fast-forward to the 9/11 era, and Bush had precedent to begin his own presidential killings of people the government wanted Americans to hate. While Congress did authorize him to use force against those who caused or aided the 9/11 attacks, we all know that his thirst for Middle Eastern blood knew no regard for the Constitution, evidence, proportionality, civilian lives, morality or human decency.

Julian Assange sits in a British dungeon awaiting decisions on his extradition to the U.S. because he courageously, lawfully and constitutionally published documents and videos demonstrating conclusively that Bush’s use of drones targeted and murdered Afghan and Iraqi civilians, and his administration covered it up.

Obama took this to another level when he targeted and killed Anwar al-Awlaki and his 16-year-old son, both of whom were born in the U.S. Obama’s attorney general, Eric Holder, advised Obama that the killings were lawful, as al-Awlaki had encouraged folks in the Middle East to fight against American soldiers there. Holder likened killing al-Awlaki to a shooting at a bank robber who is being chased by police and shooting at them.

Holder forgot that al-Awlaki was not charged or indicted for any crime, was never accused of violence and was not even the subject of an arrest warrant when a drone evaporated him while sitting at an outdoor cafe in Yemen.

The exercise of power by the federal government is largely based on precedent and politics. Whenever a president wants to kill secretly, he need only find an example of a predecessor having killed secretly with impunity — without due process, without a declaration of war and without an imminent attack. And then he needs only to calculate what he thinks he can politically get away with.

Stated differently, Joe Biden — whose drones in 2021 destroyed a dam in Syria, killing thousands, and targeted innocent civilians in Afghanistan, killing dozens — is using unlawful powers that his modern predecessors used and got away with to target and kill unsympathetic persons.

The nature of political power is to expand so that it fills a perceived need, unless there are mechanisms in place to restrain its expansion.

The founding generation believed that British monarchs had no limits on their power and that was a good enough reason for the 13 colonies to secede. They also believed that they had crafted founding documents — the Constitution and the Bill of Rights — for the new nation that imposed sufficient restraints on the federal government.

After all, the Constitution is the supreme law of the land. Its language is clear that only Congress writes laws and declares war, and presidents can kill only troops in wartime or civilians consistent with due process.

Moreover, every president takes an oath to preserve, protect and defend the Constitution as it was written, not as they may wish it to be.

Sadly, the Founders were wrong.

Today, the president writes laws and rules that let him restrain personal liberty and kill with impunity, and Congress and the American people let him get away with it. Formally, we still have a Constitution. Functionally, it has utterly failed to restrain the government.

Ultimately, we have ourselves to blame for these killings. Why do we repose the Constitution for safekeeping into the hands of those who subvert it? If a future president uses Bush’s lust and Obama’s logic and Biden’s stealth to kill Americans in America, no one’s life, liberty or property will be secure.